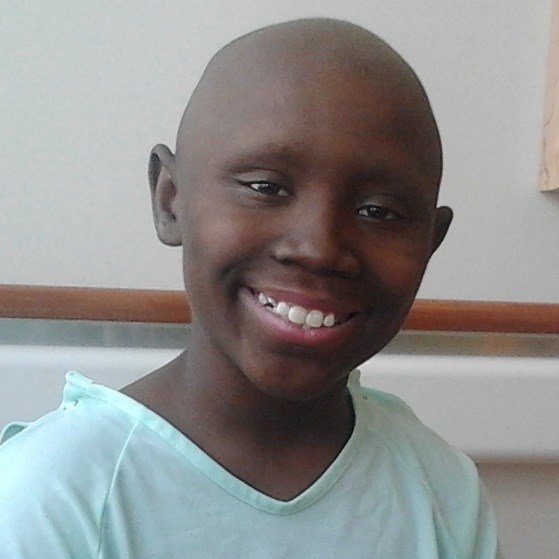 This strong young man is Albert. He is now 12 years old, but was diagnosed with Sickle Cell SC at just 2 weeks old. Hospitalizations requiring morphine for his pain was a very common thing for him. 2013 was a very rough year. He was hospitalized at Hope Children's Hospital every month for weeks at a time being treated for Sickle Cell pain. His small tummy began to swell, he was always tired, and couldn't eat. The doctor's had to perform surgery, removing his spleen & gall bladder in June 2013. A month later, his belly started to swell again. His liver had now become the size of a football. In December 2013 he was sent to ICU to receive a red cell blood exchange, taking out 85% of his own blood and replacing it with donor blood. He stayed there for 3 weeks. Doctors saw blasts of lymphoma in his blood & he was diagnosed with a very rare form of cancer. Hepatic Splenic Gamma-Delta T-Cell Lymphoma. He started chemo the same night of his diagnosis. In March of 2014, he went into remission, but we were told his cancer will come back if he doesn't receive a stem cell transplant. An unrelated donor came forward to help us, and it was a perfect match!! Albert started full body radiation 2 times a day for 4 days at Northwestern & was admitted to Lurie's for another round of continuous chemo. April 16, 2014 he received his stem cell transplant. This little guy has been through so much. Since the transplant all bone marrow tests have come back with no signs of cancer. He goes to monthly maintenance appointments at Lurie's & his progress is outstanding. He is such a tough kid. Funny, shy, & the "Xbox Live King"!!!

Hi my name is Jayde and I was diagnosed with ALL (Acute Lymphoblastic Leukemia) in December of 2013. My cancer was discovered after enduring an agonizing month long illness that included both a severe ear and fungal infection that was not improving or healing with antibiotics. After my family and I received the devastating news of my Leukemia, I underwent intensive chemo treatment the very next day. Things improved for a little bit but then one of the chemo drugs caused me to go into heart failure right after the holidays. Since I was so critical at that time I was sent down to Lurie's Children's hospital in Chicago for treatment and almost lost my life. Not only was my body trying to fight the newly found cancer it was also struggling with nonstop fevers from the fungal infection that remained inside me. I was too sick to eat or drink anything because of the fluid around my heart and my body ended up physically deteriorating as a result. I was placed on a feeding tube that lasted for months. When I returned to Central DuPage hospital in March of last year after my heart function improved, I had already lost a significant amount of weight and was placed in a rehabilitation hospital for physical and occupational therapy before finally returning home. My family and I were overjoyed that I had started the road to recovery when another setback struck only 6 weeks later. Again I was hospitalized for months at a time after contracting both stomach and blood infections which in time led to a deadly fungal meningitis in my brain and spine. I almost lost my life for the second time that year but I had some of the most dedicated, hardworking, and compassionate doctors and nurses by my side fighting for my future. I have been hospitalized over 250 days so far since being diagnosed with leukemia but I wouldn't be here today to tell my story if not for one of God's many "Miracles." 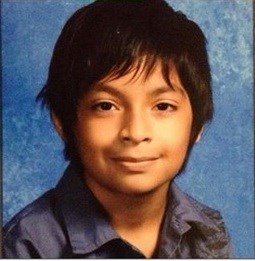 In July 15, 2014 my youngest son Keanu was diagnosed with Pre B-cell Acute Lymphoblastic leukemia at age 12. We are now into 6 months of treatment. Keanu has been an amazing young man, taking every chemotherapy treatment like a champ. We have 33 more months to go and fighting every day. Still after all that he has endured he smiles! He just started going back to school and looks forward to days when he will have fewer treatments.